NHHI International F.C is a School Sports Team at NHH Norwegian School of Economics. Although officially established in Autumn 2016, the team found its roots in an informal football group which dates as far back as 2008 and has continuously welcomed dozens of players every semester. We have proudly counted with members from all continents, including permanent and exchange students from all NHH programs and alumni.

We try to train often, at least once per week, in one of the several artificial grass pitches at Stemmemyren (near Hatleberg). We also compete in one of the 7-a-side leagues in Bergen. From our first appearance in the 3rd Division in the 2017 season, we have achieved back-to-back promotions and currently play in the 1st Division. We became champion of the 7-a-side NHH Cup in its unique edition, in 2017.

We currently have about 35 players, from Norway and many other countries. We believe in one language, and that is football! 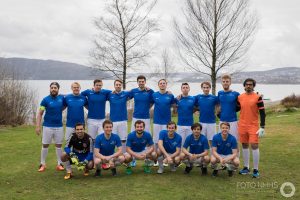 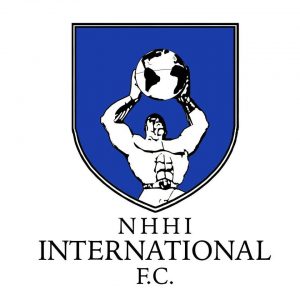